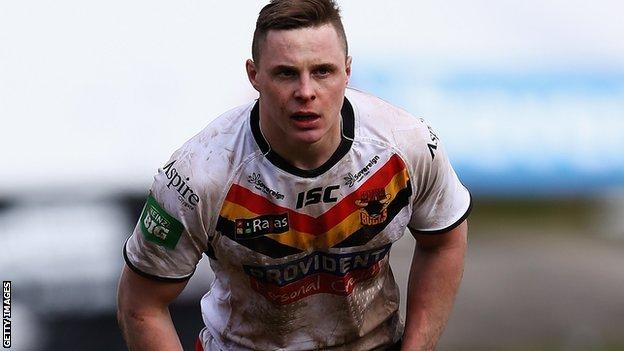 Bradford Bulls back row forward James Donaldson has signed a new one-year deal, including the option of a second, with the Super League side.

The 21-year-old has made 16 league appearances for the Bulls this season.

He told BBC Radio Leeds: "It's quite worrying when your contract is running down because you don't know what will happen.

"I'm glad that I've got it off my mind now and I can't concentrate on next season."

Donaldson added: "I think the fans want to see players who have come through the academy stay here, lots of them have been getting in touch with me on Twitter.