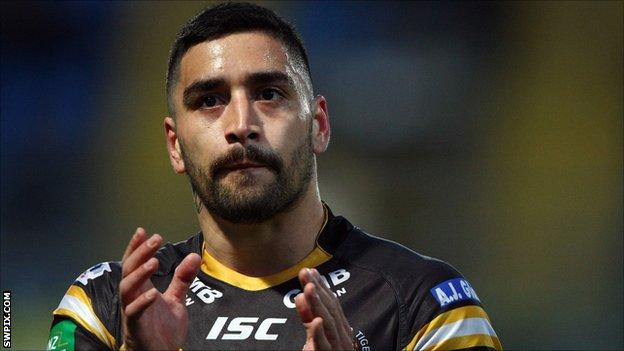 The 27-year-old England international has been heavily linked with a move to Brian Noble's Salford, as well as a return to the NRL.

Chase has made 23 league appearances this season, scoring five tries.

In a statement the club said: "Castleford Tigers can confirm Rangi Chase has submitted a transfer request. The club will make no further comment at this time."

The New Zealand-born player joined Cas from St George Illawarra in 2008 and won the 2011 Man of Steel award.

He was unable to match that form last season amid suspension and off-field issues, but this year has seen him back amongst the competition's best players.