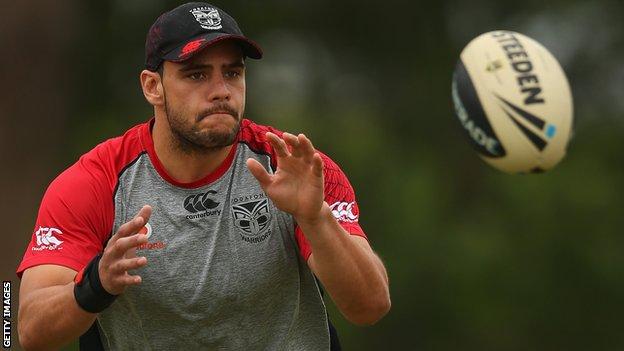 The 24-year-old utility forward will sign a two-year contract with the Super League side, who will be

Rapira has not played since April because of a serious knee problem.

"I'm looking forward to testing myself in England, getting myself right and playing football again," he told the Warriors' website.

"While I haven't played as much football as I would have liked here, I love it at this club. It's been a great experience."

Rapira began his career at Queensland Cowboys and joined New Zealand Warriors at the start of the 2011 season, although a successions of injuries have limited him to just 14 appearances in his three years with the club.

Salford, who have also agreed deals for and are expected to unveil a number of new signings at a special event on Thursday, 5 September.