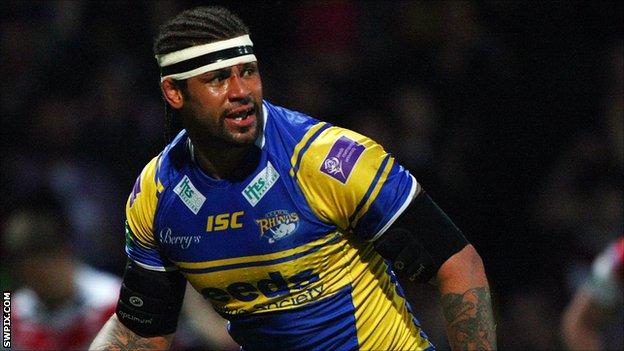 Leeds Rhinos forward Ryan Bailey will miss the final round of the Super League season after he was handed a one-match suspension for punching.

Bailey, 29, pleaded guilty to a Grade A charge following an incident with Damien Blanch in last Friday's 20-12 victory against Catalan Dragons.

Dragons winger Blanch, 30, submitted an Early Guilty Plea to his identical charge, and avoided the suspension.