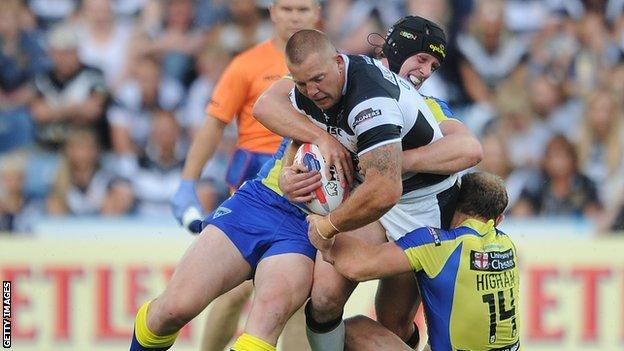 Hull FC prop Mark O'Meley has retired with immediate effect because of a knee injury he suffered in the Challenge Cup final defeat by Wigan.

The 32-year-old Australian, who won 15 caps for his country, had already said the 2013 season would be his last.

But he is now unable to compete in this season's Super League play-offs meaning his final appearance was at Wembley.

O'Meley joined the Black and Whites from Sydney before the 2010 season and has played 90 games for the club.

Coach Peter Gentle told BBC Radio Humberside: "It's such a shame that a player of his calibre hasn't been able to go out of the game on his own terms. It's very disappointing.

"He's done pretty much everything in the game and he was a real rock in the middle for us.

"His form this year was an improvement on last year even and I would have loved him to have finished the year off with us."