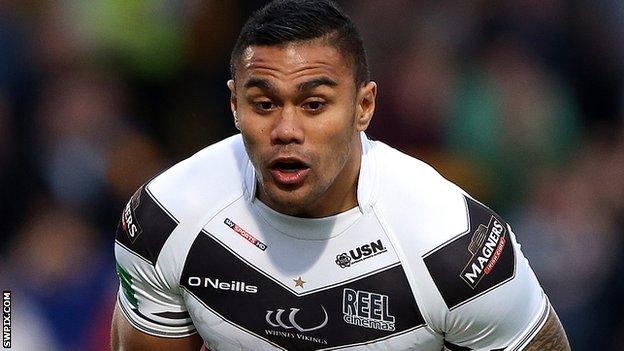 Samoa international Frank Winterstein will end his two-year stay at Widnes Vikings at the end of the season.

The 26-year-old joined Widnes at the start of the 2012 Super League campaign and has scored 16 tries in 50 appearances for Denis Betts' side.

His final appearance for the Vikings will come against Salford on Friday.

"I would like to thank him for his time, effort and energies spent in a Vikings shirt," head coach Betts told the club website.