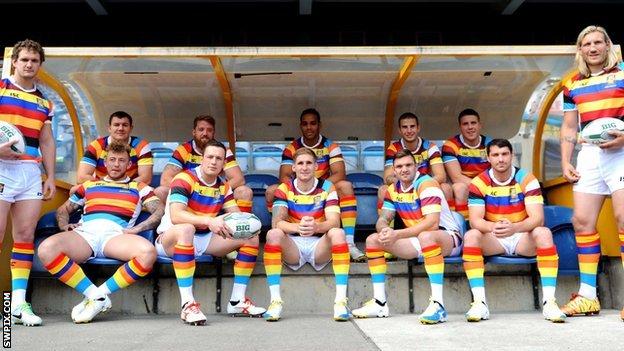 For the first time in history, Super League's Dream Team is made up entirely of English-born players.

Huddersfield Giants, who won the league leaders' shield for the first time, have five players in the team, which is voted for by journalists, while Leeds Rhinos prop Jamie Peacock makes his ninth appearance and Wigan Warriors full-back Sam Tomkins his fifth.

Wigan have a total of four players in the team, while Hull FC have two, but there are no Warrington representatives despite the fact that the Wolves finished second in the table at the end of the regular season.

Each player gives his view on being selected, while BBC Sport pundit Robbie Hunter-Paul, who won the Grand Final three times during his playing days at Bradford Bulls, assesses the 13: 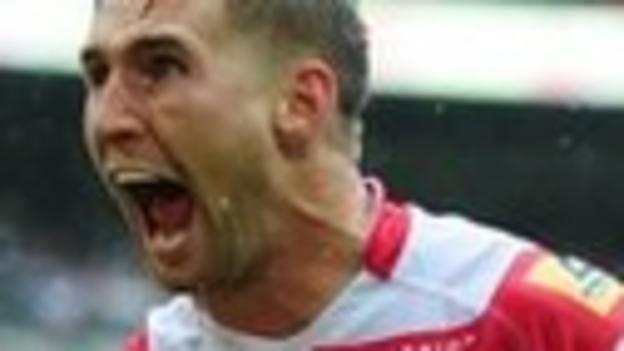 What he said: "I have been lucky because the Wigan side have been pretty successful since I have come in. Each individual can play well and to be in the team this many times is something to be very proud of."

Hunter-Paul's view: "Sam is an extraordinary individual, extremely gifted and the best attacking runner in the world of rugby league. He runs at angles where most players would fall over and his agility and balance is phenomenal."

Did you know? Tomkins was the only player (minimum two appearances) to average more than five tackle busts per game this year. 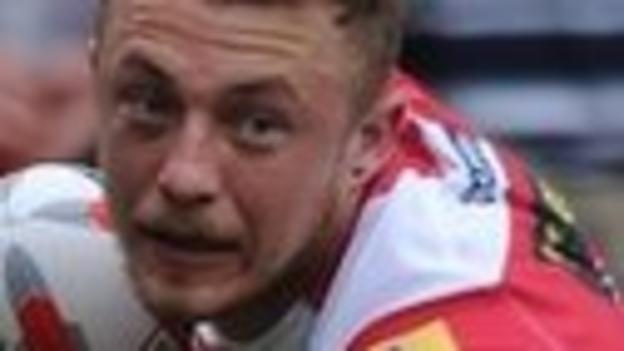 What he said: "It feels good to be recognised as one of the best players in the country again. It has been a good season for us, a lot of our team-mates are leaving after this campaign so we hope to end on a high."

Hunter-Paul's view: "Josh knows the way to the try-line and is blessed with great strength and agility. He reminds me of Jason Robinson in his ability to power out of the tackle."

Did you know? Charnley was Super League's top try-scorer with 30 touchdowns, seven more than any other player. 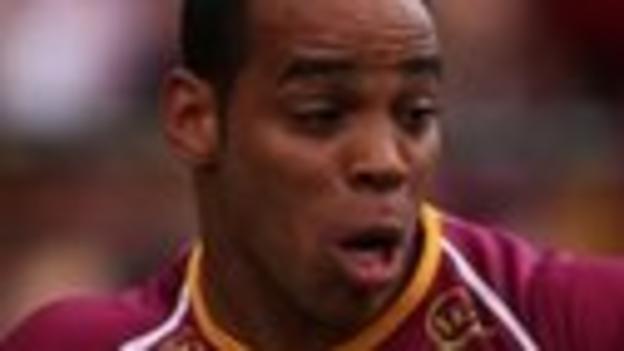 What he said: "I am extremely proud to be selected in the Dream Team. It is an honour for me but I couldn't have achieved it without the help of my team-mates, who have been immense this year."

Hunter-Paul's view: "Leroy has improved massively this year and everybody knew of his ability apart from himself until this season. He has got the timings of his breaks right and the forward pack in front of him has enabled him to do this. A world-class player now."

Did you know? Cudjoe provided more try assists (15) than any other centre in Super League XVIII. 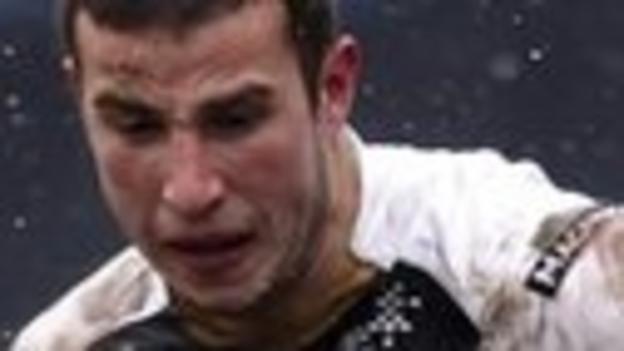 What he said: "It is a great accomplishment, but comes as a surprise. My goal at the beginning of the year was just to cement my place in the Hull side, but I played well week in week out and I feel honoured to receive recognition for it."

Hunter-Paul's view: "Ben has matured into his own this year. He comes from a great rugby league pedigree and has tremendous amounts of ability, but his best years are still ahead of him and he will grow stronger. He can promote the ball both left and right and has a great turn of speed."

Did you know? Crooks scored 19 tries in 18 appearances for Hull, including seven in two games in rounds 19 and 20. 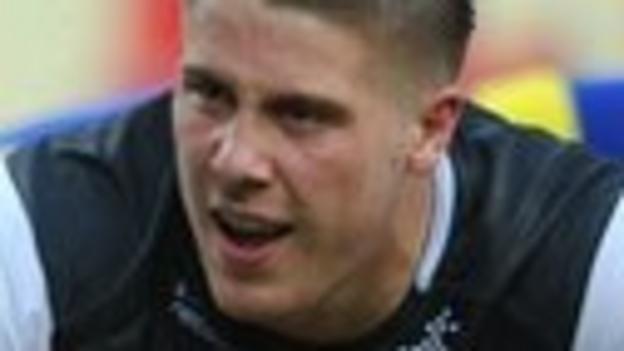 What he said: "To be selected in my debut season is wonderful and a bonus for the work done this season. It has been a good year for me and being picked in the team just caps it off."

Hunter-Paul's view: "Tom has been superb in every game I have watched him in and comes up with a special play every time. He comes off his line to do a lot of work for the team and is an amazing looking athlete who is strong, fast and robust. These types of players don't come along very often."

Did you know? Lineham notched 14 tries in 21 appearances for Hull, a scoring return of 0.66 per game. 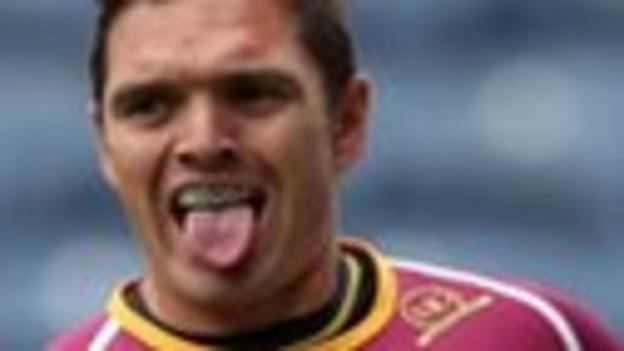 What he said: "I am over the moon and happy for the other Huddersfield lads that are in the team, too. It has been a great season for the side and we all deserve to be selected. Lifting the league leaders' shield was a top achievement and we did it for the chairman and the fans."

Hunter-Paul's view: "Danny has been outstanding. The responsibility of captaincy means he has taken a lot more on his shoulders and flourished with it. He used to blow very hot and cold but has produced quality on a world-class basis throughout this season. An X-factor player who comes up with unexpected plays."

Did you know? Brough kicked 127 successful goals this year; no other player managed to hit three figures. 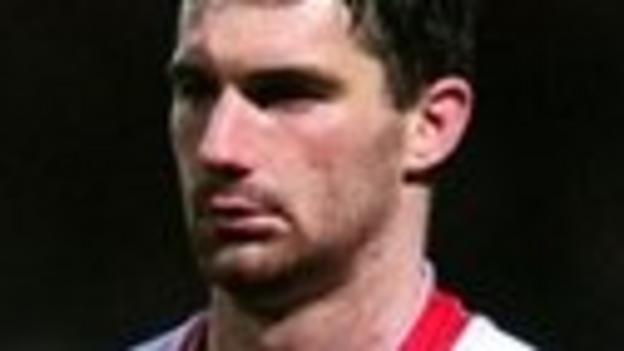 What he said: "What a year for myself - I knew Wigan would be a great club to be at. I didn't quite expect it to go as well as it has done and to be in the Dream Team is unbelievable. I have been playing well and I put that down to the players and coaching staff at the club."

Hunter-Paul's view: "Matty has had a strong, consistent season and been an important cog in the Wigan side. He filled the void left by Thomas Leuluai and has fitted into the team's system like glue. He is a general and moves the side around the field, setting up the plays."

Did you know? Smith made 444 tackles this year; just three other halves (Kevin Sinfield, Joe Mellor and Thomas Bosc) made more. 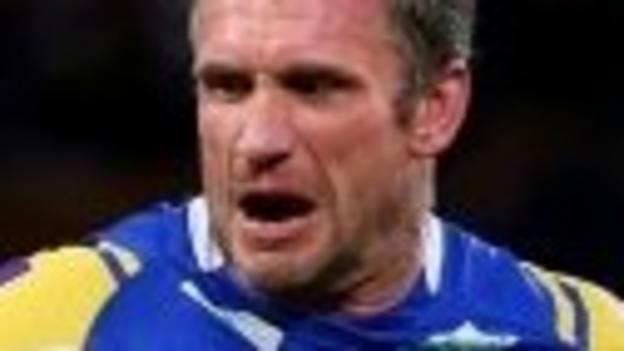 What Brian McDermott said: "JP is a huge influence in the dressing room. I don't do much work on game day because we are fortunate to have a few leaders and he is one of them. When he speaks, everybody listens. He doesn't speak a lot but when he does, we all take notice. When Peacock stands up, he is a 6ft 4in -6ft 5in man mountain and has a presence so fully deserves his place in the team."

Hunter-Paul's view: "Jamie is an evergreen. I saw on one of the Brownlee brothers' Twitter feeds pleading him never to retire. He has been so important for Leeds, knows his job and you base your foundations on a player like him. Leeds are a different team without him in the side."

Did you know? Peacock gained more metres (3,592) than any other player in Super League this season. 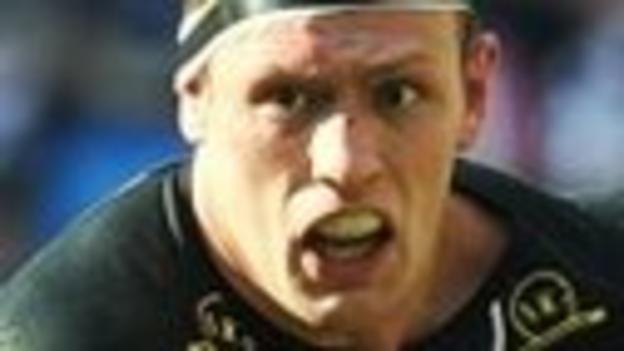 What he said: "It is a great honour for myself and the club. There have been some quality hookers this season and it has been fortunate for us hookers that James Roby has been injured all year."

Hunter-Paul's view: "Shaun has been brilliant and has scored tries for fun, what I like to call 'two-dollar' tries, meaning he is a master at pushing over the line from acting half. When he is in the side, he directs the Giants and keeps them on the front foot. A revelation this season."

Did you know? Lunt scored 17 tries for the Giants; the next highest return for a hooker was 10 (Micky Higham). 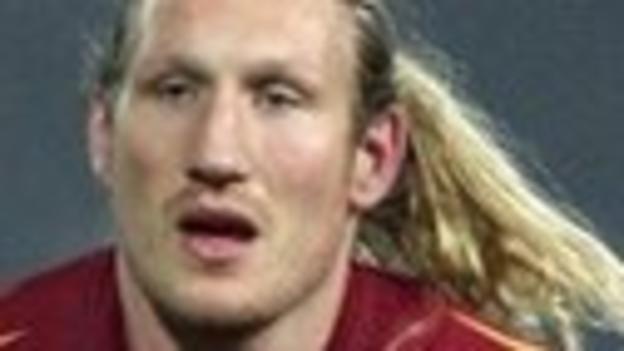 What he said: "I am excited to be selected in the side. Normally, I get overlooked or the other Giants players don't get picked, so this year it has been pretty difficult for the selectors with the team having finished top of the league. To have five Huddersfield players is quite special."

Hunter-Paul's view: "The big fella has had an amazing couple of seasons. Eorl has got better with time and his athleticism and speed is amazing. He is a real rugby league player - he is not cocky even though he is a giant of a man and he doesn't try to bully people. He just loves to play the game."

Did you know? Crabtree made 563 tackles this season and missed just seven (99% success). 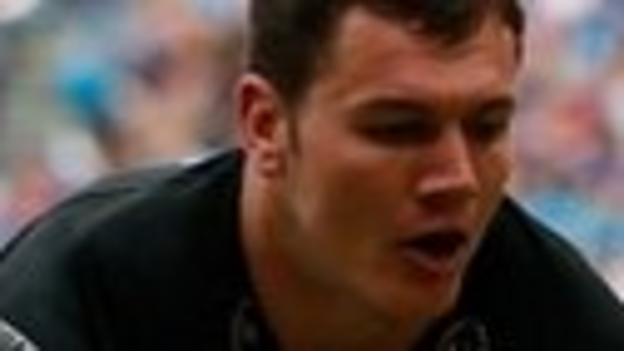 What he said: "I am delighted to have been selected and it shows the consistency and performance that we have been able to achieve and what we, as a team, have been striving towards."

Hunter-Paul's view: "Paul Anderson identified someone who could bring a brand new element to Huddersfield's attacking arsenal and Brett was that man. He has produced an offload game to add to his skills set, which is world class. He has massive hands allowing him to wrap the ball up and can pass it at gravity defying angles."

Did you know? Ferres scored more tries (15) than any other back rower in the league this year. He also assisted 12, a feat only bettered by Jon Wilkin, who also figured heavily at stand-off this season. 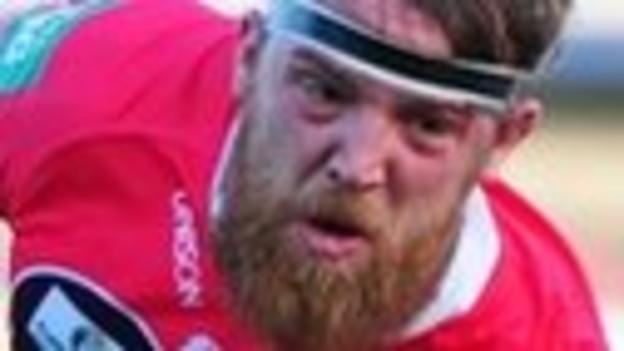 What he said: "You look at the team - there are some great players in there. It is picked on form so it's nice to be in it and good to have some personal recognition of the hard work you have been doing through the season. It has been tough at times and I am in the best shape of my career."

Hunter-Paul's view: "Danny has led Wakefield from the front and good to see a player from outside of the big clubs. He has been a stalwart for the side with an engine that keeps on going. He is inspirational to others around him and good all-round athletic ability. Solid in defence but can break the line too."

Did you know? Kirmond's try return of 13 was only bettered by Ferres in terms of back rowers. 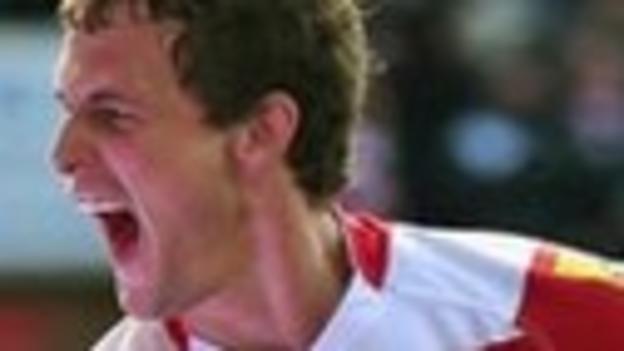 What he said: "The win at Wembley in the Challenge Cup final put a shine on the season for me personally. Being in the Dream Team shows your work during the season hasn't gone unnoticed, but it comes on the back of a strong season for the team."

Hunter-Paul's view: "Sean is Wigan's go-to man. He is a big man who is hard to handle and possesses the ball-playing ability to go right up to the defensive line. He is the cornerstone of all of Wigan's success because there is a noticeable difference when he is not in that team - they don't fire on all cylinders."

Did you know? Six of Wigan's nine defeats this season came when O'Loughlin was on the sidelines.