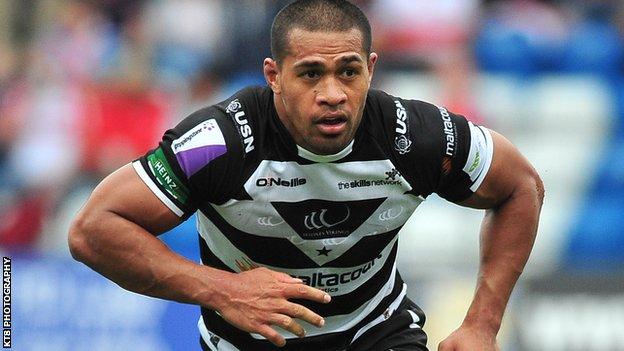 Samoa international Willie Isa has agreed a new one-year contract that will keep him at Widnes Vikings for the 2014 Super League campaign.

The 24-year-old, who can play as a centre or on the wing, has been a regular starter for Denis Betts's side in each of the last two seasons.

"Willie's attitude, enthusiasm and character are second to none," head coach Betts told the club website.

"He gives you everything, he looks after himself and trains hard."