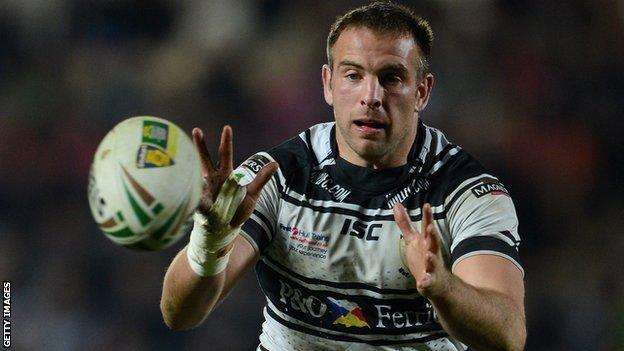 Leeds-born Lynch, 33, began his career at Castleford in 1999 before leaving for Bradford the following year.

He made over 200 appearances for the Bulls before joining Hull FC for what was described as "a substantial six figure fee" in September 2011.

"I don't think there's a better way to finish [my career] than go back where I started," he told BBC Radio Leeds.

I have spoken to Cas since I left before, and things just didn't happen, but the time's right now and Danny Orr had a big influence on that

"I've got a place in my heart for Cas. To go back down there every day for the next two years and play every other week in front of their great fans, it's going to be challenging, but something that I'm looking forward to."

Since his Tigers debut, Lynch has made five appearances for England and one for Great Britain - against France in 2007 - and admitted he has had previous discussions over a move back to Wheldon Road.

"I have spoken to Cas since I left before, and things just didn't happen, but the time's right now and Danny Orr [Tigers assistant coach] had a big influence on that" he added.

"One of my aims is that I want to go back and bring these up-and-coming young kids through, especially those in the front row and the forwards.

"Cas has always got some exciting young kids, so hopefully I can give a bit of my experience and knowledge of the game to them."