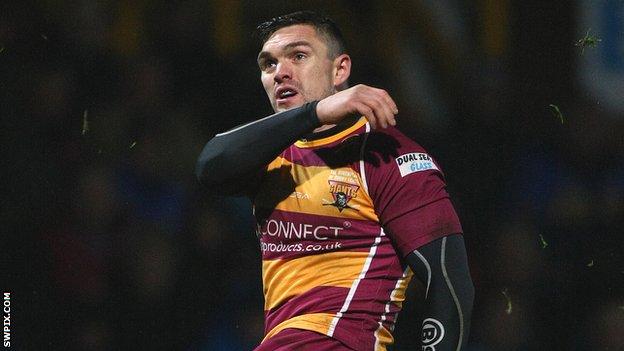 Danny Brough, Sean O'Loughlin and Jamie Peacock have been nominated for the 2013 Super League Man of Steel award.

Veteran Leeds forward Peacock, who won the award in 2003, followed up with an impressive 14th Super League season.

If the Rhinos man were to win the award again at 35, he would be only the fourth player to have done so more than once, 10 years on from his first.

It would also beat the current longest span between awards set by Andy Farrell, who won it with Wigan for the first time in 1996 and then again in 2004.

The winner, decided by a poll of every Super League player, will be announced on 30 September.

Catalan Dragons full-back Morgan Escare, London Broncos winger Kieran Dixon and Hull FC centre Ben Crooks have all made the shortlist for the young player of the year award.