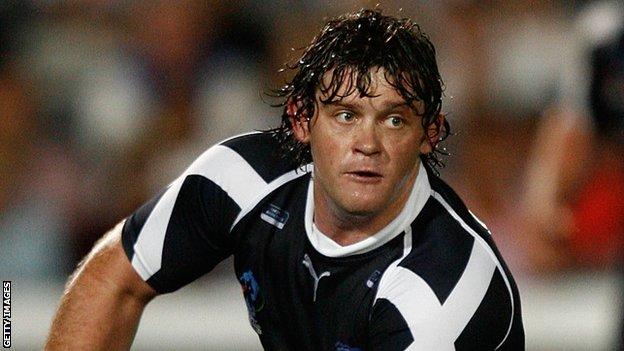 Scotland have appointed former scrum-half John Duffy to their coaching staff ahead of next month's Rugby League World Cup.

Duffy, who retired following a persistent back injury, will work under head coach Steve McCormack for the tournament in England and Wales.

The Scots face Tonga in their opening match on 29 October, followed by games against Italy and the USA.

McCormack will complete his 10th season as head coach.

Duffy, who represented Scotland at the 2008 World Cup, became the Super League's youngest player when he made his debut for Warrington, aged 16, in 1997.

New Zealand are the current World Cup holders, having shocked Australia in the 2008 decider to win the tournament for the first time.

Mark Chapman will present the BBC's television coverage, with commentary from Dave Woods and Ray French.

Tanya Arnold will present a regular highlights programme, which includes all the action from games not shown live.