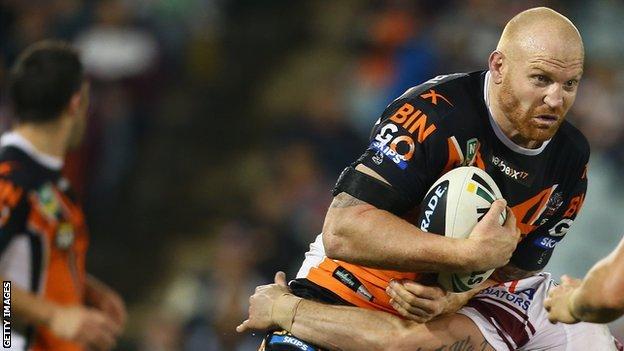 Keith Galloway and James McManus have withdrawn from Scotland's provisional squad for the Rugby League World Cup, which starts next month.

Wests Tigers forward Keith Galloway is out with a broken foot, while Newcastle Knights' James McManus has a broken leg.

The Scots will play Tonga, Italy and the United States in the tournament, which takes place in England and Wales.

Banff-born McManus can play wing, centre or full-back, while prop Galloway had switched allegiance to Scotland having won five caps for Australia in 2011.

McCormack is expected to include three other players from Australasia's National Rugby League in his squad.