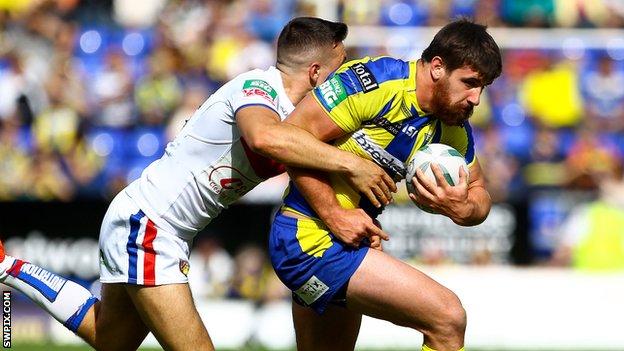 Warrington Wolves have confirmed forward Tyrone McCarthy and winger Rhys Williams will leave the Super League club at the end of the season.

McCarthy made his Wire debut in 2009, with Williams making his first-team bow for Tony Smith's side a year later.

Both are likely to play for their countries at the upcoming World Cup.

for a place in October's Grand Final.

England scrum-half Richie Myler is back from a knee injury and named in Warrington's 19-man squad, with youngster Rhys Evans the man to drop out.