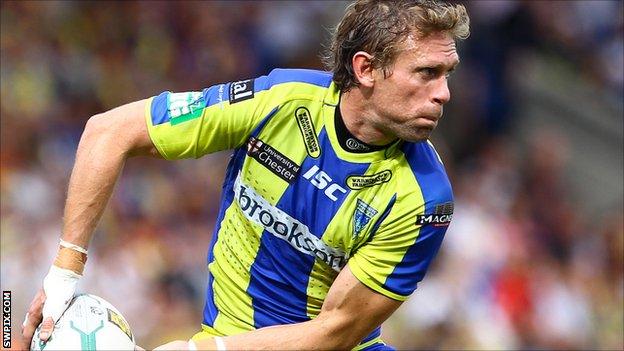 Warrington Wolves' veteran Australian full-back Brett Hodgson will leave the club at the end of the season.

The 35-year-old, who joined from Huddersfield for the 2011 campaign, has made 100 Super League appearances and scored 43 tries and 406 goals.

He won the 2009 Man of Steel in his debut campaign with the Giants, who he led to the Challenge Cup final.

He had already earned State of Origin representative honours with New South Wales to add to a NRL Premiership with Wests Tigers when he moved to Super League after the 2008 season.

In the northern hemisphere,

Thursday's match between Warrington and Huddersfield could be his final appearance in the competition, if the Giants win.

"The club would encourage supporters from both sides to stay behind after the semi-final to pay tribute to each one of the departing players who have given great service over a number of years," the Warrington statement read.