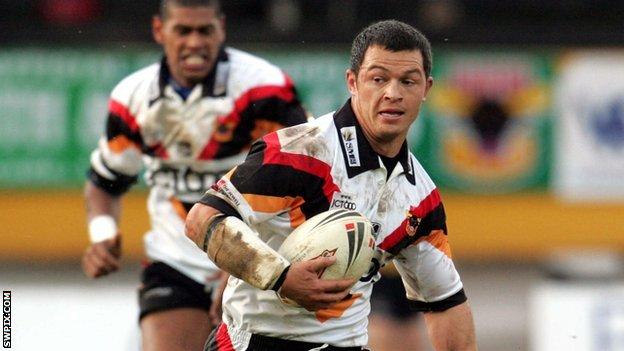 The 37-year-old enjoyed a successful playing career with the Odsal side before going on to represent Huddersfield Giants, Salford and Leigh.

Owner Omar Khan stepped down from the Bulls on Wednesday, to be replaced by Ryan Whitcut and Mark Moore.

"I don't need to mention the passion I have for the Bulls because it's so well documented," Hunter-Paul said.

"I'm trying to bring the club back to where it belongs and it's exciting," he told the club website.

The Bulls, who spent over two months in administration in 2012, finished ninth in this season's Super League.