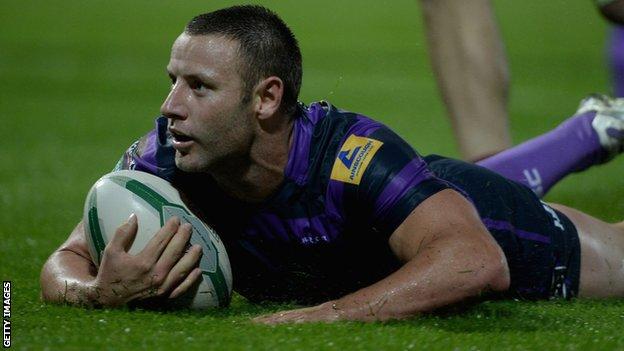 Wigan Warriors half-back Blake Green believes they will have to be at their best to beat Warrington in the Super League Grand Final.

The two sides meet at Old Trafford having finished the regular season in second and fourth.

I've been there on a stadium tour, never seen a football match there except on telly, so it's all new to me

"They've got so many individuals that are really good, they're a serious threat over the park and we're going to need a performance to beat them."

The 27-year-old joined Wigan from Hull KR at the start of the season for a "substantial settlement fee" after two years at Craven Park, having joined the club from Canterbury Bulldogs.

Along with scrum-half Matty Smith the two have formed an impressive half-back pairing having to replace Brett Finch and Thomas Leuluai from last season, helping the Warriors win the Challenge Cup.

Having played at Wembley in that win over Hull FC the Australian-born stand-off is looking forward to playing at a new ground in Old Trafford.

"I've been there on a stadium tour, never seen a football match there except on telly, so it's all new to me," he added.

"The whole season's been new to me and I haven't played in many finals or at Wembley so it's been a great experience I've loved every minute of it.

"I've come to the club to be part of the big games and I certainly didn't imagine myself to be fortunate to be in both [cup finals] of them in my first season.

"Hopefully we can get the double and top off a great year."