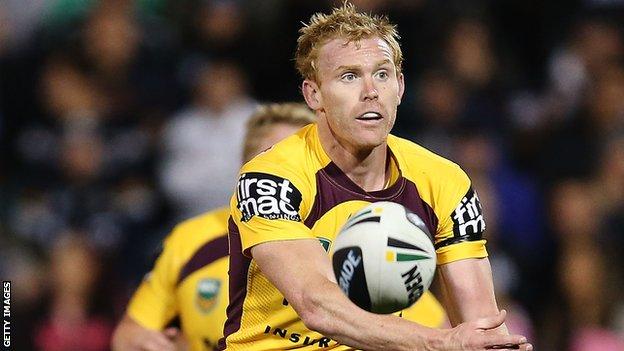 The Irvine-born 20-year-old is one of four players in the squad who play in Australia's National Rugby League.

Bradford Bulls' Danny Addy and Widnes' Ben Kavanagh are the other new faces.

Utility player Addy and prop Kavanagh are among 10 Super League players to be included in coach Steve McCormack's squad.

But Joe Wardle was forced to withdraw from selection because the Huddersfield Giants centre has to undergo shoulder surgery.

St Helens prop Alex Walmsley was also in line to make his Scotland debut before pulling out with a cracked rib.

McCormack had hoped to include two more from Australia's top flight, but were also ruled out through injury.

Scotland will go into camp on 13 October to prepare for a warm-up game against Papua New Guinea and their opening World Cup clash with Tonga at Workington's Derwent Park on Tuesday, 29 October.