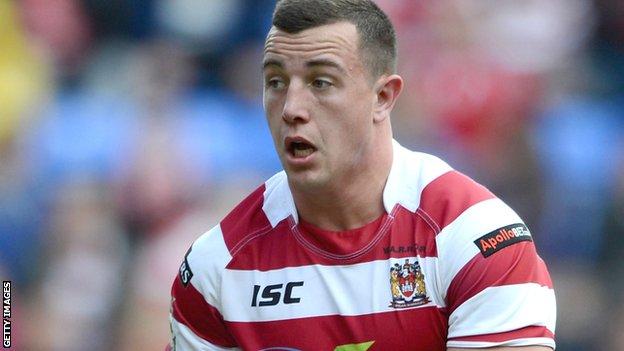 Wigan back row Chris Tuson is to join Hull FC from the 2014 Super League season after agreeing a two-year deal.

The news comes as a surprise as Tuson, 25, indicated in June that he would be joining Wakefield,but they have major financial problems.

"The opportunity to join Hull FC was too good to refuse," he said.

"I had a couple of options on the table, which included Wakefield, but I think it is a no-brainer for any player when a club like this comes along."

Tuson is a product of Wigan's academy and has made 20 appearances for them this season, including the 16-0 Challenge Cup final win over Hull FC in August.

He was offered a new two-year contract by the Warriors, but turned it down in order to become Hull's fourth signing for next year, following Jordan Thompson, Mickey Paea and Iafeta Paleaaesina.

"Chris will bring plenty of aggression and competiveness to our pack next season," said new head coach Lee Radford.

"He was held in high regard at Wigan and has developed in a strong culture there, which we want him to bring to the club. "

Radford added: "He is a tough, aggressive and combative player and he gives us another option in our pack, particularly in the back row where he is keen to cement a regular place in the side."