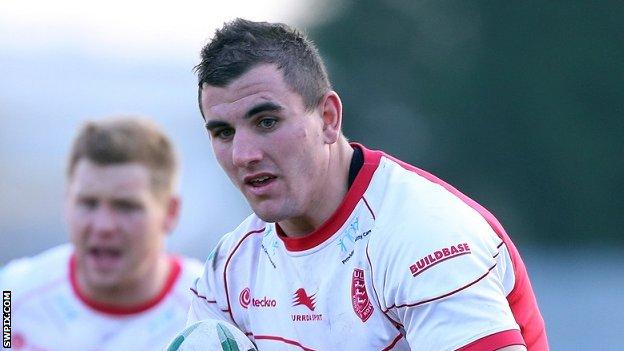 Hull KR prop Adam Walker has signed a two-year contract extension, tying him to the club until the end of 2017.

Walker, 22, joined the Robins from Huddersfield Giants on a three-year deal 12 months ago.

He made 27 appearances last season and was named young player of the year.

"Adam has gone from strength to strength - he trains hard, listens, is willing to learn and has a great attitude," Rovers head coach Craig Sandercock told the club website.

"Adam will only get better in the years to come and it is exciting to know that he has committed to Hull KR for the next four seasons at least."

Walker, who has been included in Scotland's World Cup squad alongside older brother Jonathan, who plays for Castleford Tigers, said: "With having two years left on my original deal I wasn't even thinking about an extension, but it was an easy decision for me to make as I'm loving it at Hull KR.

"We had a good season in 2013 and have made some impressive signings for next season so hopefully we can improve again."