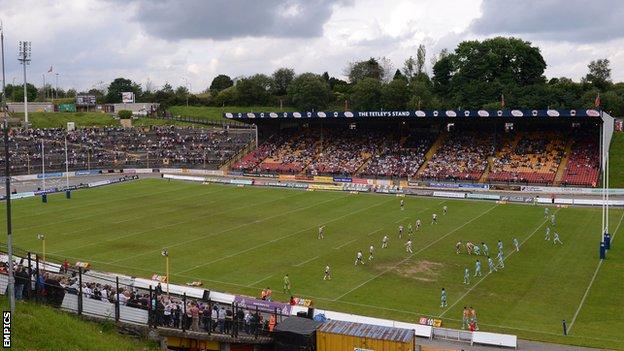 Naughton, who signed a full-time deal with the Bulls at the beginning of this year, requested his release to join his family in emigrating to Australia.

The 19-year-old made his first-team debut in the final match of the season against Huddersfield Giants.

Naughton said: "A Super League contract is a big thing to give up but I'll be giving it my all to make it in Australia."

He continued: "There are quite a few teams who want to make me an offer and they have already offered accommodation, so I'll hopefully get a club sorted within a couple of weeks of moving out there."

Bulls chief executive Robbie Hunter-Paul added: "Curtis is a very talented player but we have very specific family values at the Bulls and we would not want to stand in his way of moving with his family to Australia.

"Curtis has agreed that should he return to the UK the Bulls will have the first option to re-sign him and we wish him every success for the future."