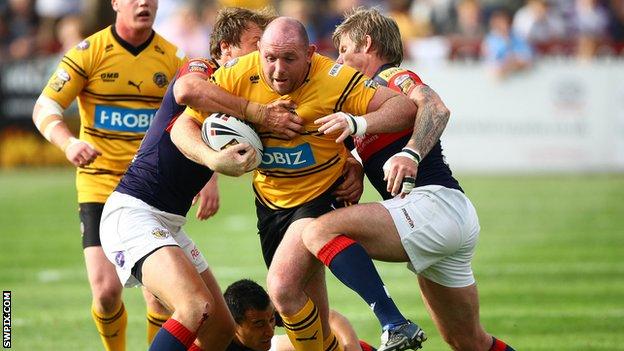 Leigh Centurions captain Rob Parker has announced his retirement from rugby league at the age of 32.

Parker played in Super League for more than a decade, appearing in Bradford's Challenge Cup final win 2003 and the Bulls' Grand Final defeat in 2004.

He also spent time at London Broncos, Warrington, Salford and Castleford before joining Leigh in 2012.

"The game has given me so much, with memories and friendships that will last a lifetime," he told the club website.

Forward Parker, who led the Championship side to Northern Rail Cup success in July, will remain at his home-town club, continuing in his role as commercial manager.

"This is where I can now transfer my knowledge and experience on the field to that off it," he added.

"Along with Leigh's board of directors, I have keen aspirations of getting the club into Super League and with the structures we have set in place I am positive we can get there in the near future."