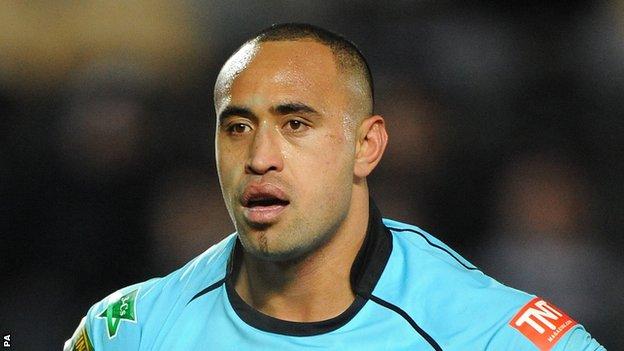 The 28-year-old, who is 6ft 3ins, has made international appearances for Australia and Tonga and has played in two NRL Grand Finals.

"Along with Chris Bailey who we announced earlier in the week, he'll certainly add depth to our squad."

Kaufusi began his career with Melbourne Storm and also played for North Queensland and Newcastle Knights in the NRL before signing for Broncos in 2012.

Giants managing Director Richard Thewlis said: "Antonio's NRL career was excellent and the challenge to him is to replicate that form in our environment.

"Physically he is a huge man and he is very much up for the task ahead, which is improving our squad and helping the younger players around him, especially in the prop position where we do have some excellent prospects."