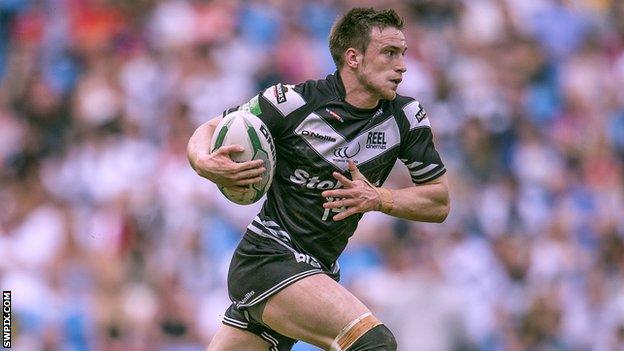 Joe Mellor has signed a new deal that will keep him with Widnes until the end of the 2016 Super League season.

The half-back, 22, was on loan with the Vikings before last October.

Mellor has played 54 times in all for Widnes, scoring a total of 25 tries.

"Over the last couple of years he has proved himself as a high-end Super League player, who also has a genuine aspiration to be on the international stage," said coach Denis Betts.

Speaking to the club website, Mellor added that his main goal for 2014 is to help Widnes achieve a Super League play-off spot.

He commented: "Our first year back in Super League [in 2012] was always going to be tough, especially with the amount of new signings the club made, but last year we were a bit unlucky with some of our results.

"By the same token, we also came away with a few other results that not many people thought we would have.

"After the season we've just had, there's a belief within the group that we can go from strength to strength. Our aim is definitely the top eight and we're confident of achieving that."