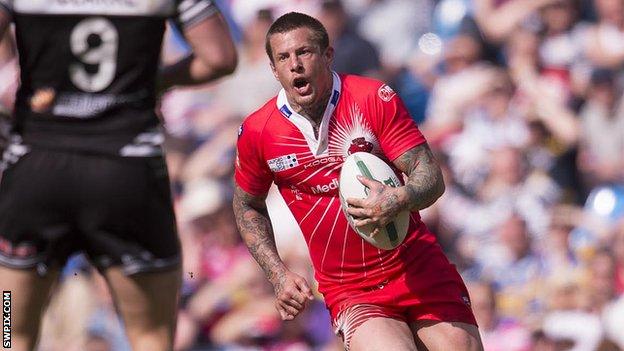 Salford have released versatile half-back Ryan McGoldrick after only one season with the Super League club, owner Marwan Koukash has announced.

Koukash confirmed on Twitter that the former Castleford man, who is leaving the Red Devils.

McGoldrick, 32, scored three tries in 20 appearances in 2013 as Brian Noble's men finished bottom of the table.

"We have reached an agreement with Ryan to release him from his contract with immediate effect," Koukash posted.

"Wishing him well for the future."

Salford have already ahead of the 2014 campaign and Koukash is planning more additions.

He continued: "We are still chasing a number of players. We are not in a rush to sign them and will wait until their clubs accept our terms."