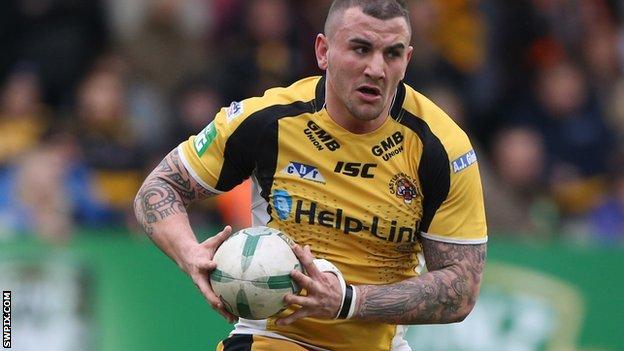 The 24-year-old, whose younger brother Adam signed a new deal with the Robins on Tuesday, made 19 appearances for Cas this season.

Along with Adam, Jonathan has been named in Scotland's squad for the World Cup, which starts on 26 October.

"I've wanted to play alongside my brother for a long time and he has told me a load of good things about Hull KR," he told BBC Radio Humberside.

"I'd been at Cas a long time but I didn't feel my career was progressing as well as I wanted it to and I wasn't enjoying it there.

"I bring a good level of aggression and work-rate. Hopefully I can impress the fans."