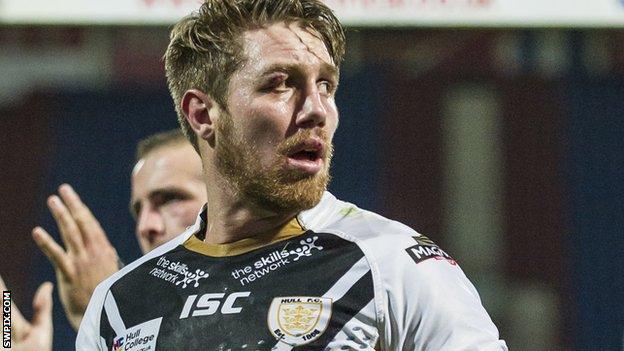 Widnes Vikings have signed prop Paul Johnson on a one-year contract after his release by Hull FC.

The 25-year-old only joined the Black and Whites last year but was released early from his two-year contract after struggling to stay in the first team.

"I'm confident that moving back home will show itself in my performances," Johnson said.

On signing Johnson, the Vikings head coach Denis Betts added: "As an out-and-out front-rower, his work ethic, ability and no-nonsense approach make him the person that he is.

"There were certain times last year when we were missing those character traits, and his inclusion will certainly go a long way towards steering us in the right direction."