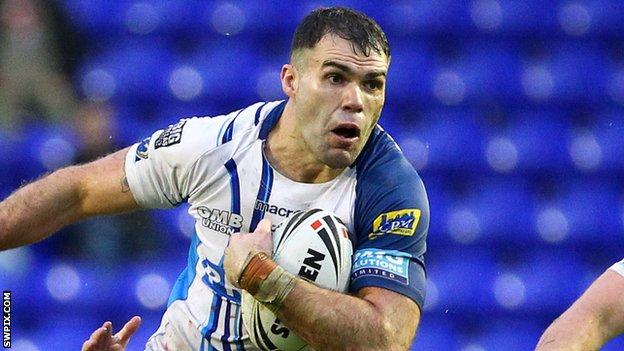 England, who has previously had spells at Castleford and Gateshead, has agreed a two-year deal with Wolves after 27 appearances for Rovers this season.

The 26-year-old could potentially fill the gap left by at the Halliwell Jones Stadium.

"He's ready for it and he's desperate to make it in Super League," Wolves head coach Tony Smith said.

"He's certainly a big human being who is ready to make a big impact on the competition and he's done his best to get himself in a position where he can."