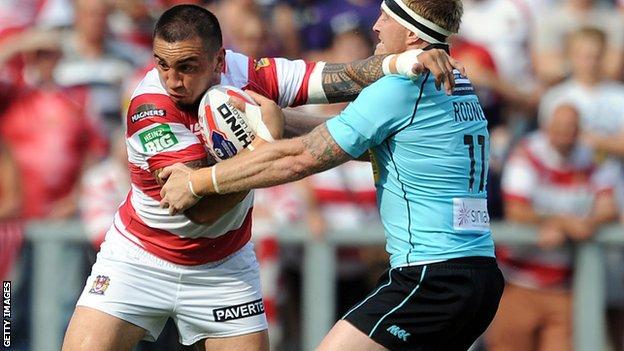 Harrison Hansen and Sia Soliola are the only Super League-based players in Samoa's squad for the Rugby League World Cup in England and Wales.

The pair - of Wigan and St Helens respectively - were both in the Exiles team that played England in the 2013 international origin match in June.

Saints duo Francis Meli and Tony Puletua, who played in the last tournament in 2008, both miss out.

Manly centre Steve Matai is also out after failing to recover from injury.

Samoa open their Group B campaign against holders New Zealand at Warrington on Sunday, 27 October before facing Papua New Guinea in Hull on Monday, 4 November and travelling to Perpignan a week later to take on France on 11 November.