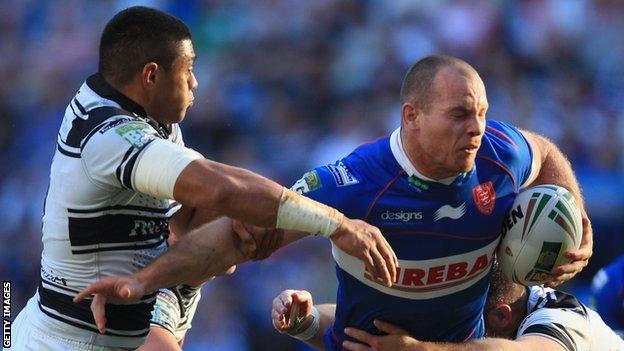 The 26-year-old could win his first cap in Scotland's opener against Tonga.

However, Lovegrove and Brisbane Broncos scrum-half Peter Wallace will not feature in Scotland's friendly against against Papua New Guinea on 19 October.

"I only named 23 players last week because I wanted to keep one space free until the deadline today," said Scotland coach Steve McCormack said.

"I was concerned about our lack of options at centre.

"Rhys can play there or in the second row and we were only one injury away from a major problem at centre. He's been in our thoughts for a few seasons now but for various reasons has never played.

"He needed to sort out a couple of issues to ensure he would be available for the month but will join us a week on Monday."

The Scots will also play Italy and the United States in the World Cup, which takes place in England and Wales.