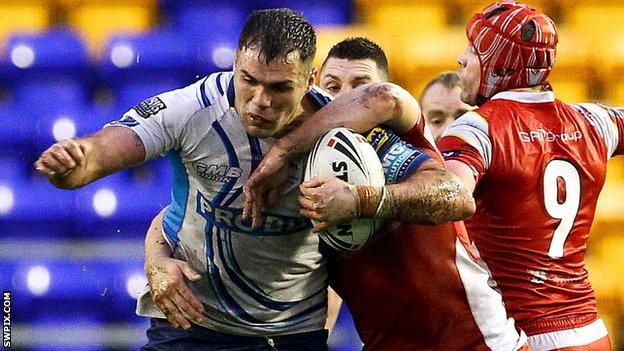 Anthony England believes his move to Warrington Wolves could signal the last chance for him to prove he is good enough to play in Super League.

The prop has joined the Wire from Championship outfit Featherstone, at the Halliwell Jones Stadium.

"I don't think an opportunity like this will come along again. I'm going to go for it full whack."

England, who previously had spells with Castleford and Gateshead, is the latest player to make the step up from the Championship to the top flight.

England added: "The Super League move has been coming since about June.

"There were a few clubs interested, not just Warrington, but I saw an opportunity there with Garreth Carvell, Adrian Morley and Mike Cooper moving on.

"I had a meeting with [Warrington head coach] Tony Smith and I knew what I wanted to do as soon as that meeting ended."