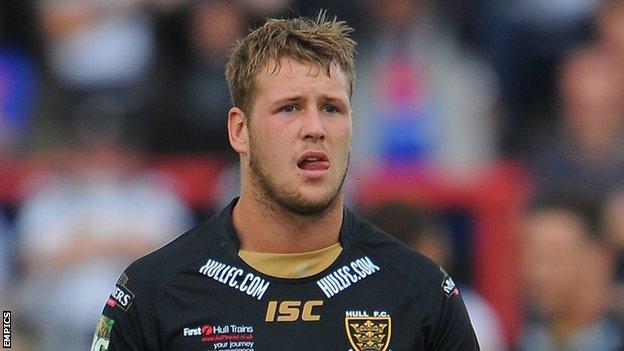 Forward Joe Westerman has signed a two-year contract extension with Hull FC to run until the end of the 2016 season.

Westerman, 23, has made 77 appearances for the club, scoring 23 tries and kicking 46 goals, since being signed from Castleford three years ago.

"He has an exciting vision for the club which you can already see him starting to mould into shape."

A former Super League Young Player of the Year, Westerman has also earned England Knights honours during his time at the KC Stadium.

Radford said: "Joe is a natural footballer with bags of talent, something which he probably still hasn't quite realised to its maximum potential yet.

"We're looking for Joe within this deal to become a more consistent player and he knows that.

"We've seen glimpses of what he is capable of, but we want to be seeing it week in, week out and that is a challenge Joe himself is looking forward to."