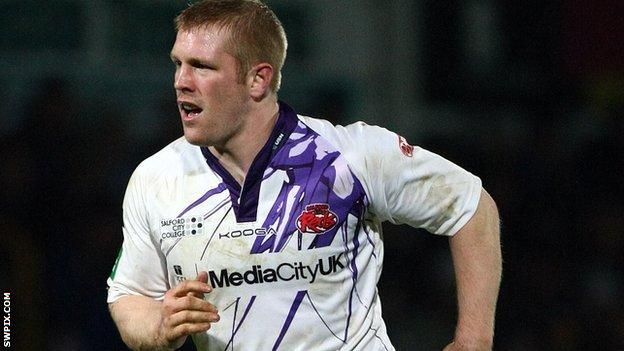 Castleford forward Ryan Boyle has signed a two-year contract extension to stay at the club to the end of 2016.

The 26-year-old Cas academy graduate played 17 times for the Tigers after returning from Salford in April in a swap deal involving prop Ryan Emmitt.

Boyle told BBC Radio Leeds: "We've got a good competitive squad so fingers crossed it will be a big year for us.

"I felt like I was playing the best rugby I've played in my career for the last third of the season."

He added: "The coaches Daryl Powell and Danny Orr have really brought my game on and they're really fair blokes.

"I think the fans can be really optimistic. With the side we've got you have to think top eight is a possibility."