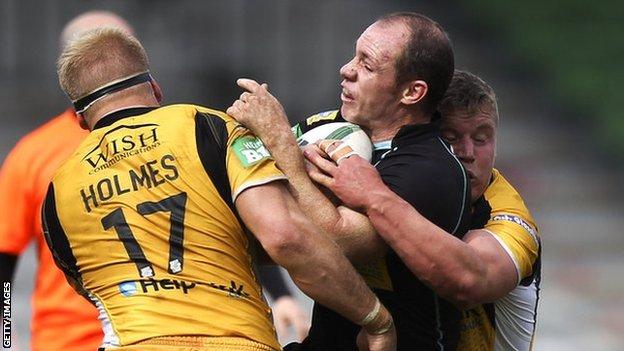 London Broncos' Scotland hooker, Ben Fisher, has announced he will retire at the end of the Rugby League World Cup.

But the Sydney-born 32-year-old will end his career after adding to his 12 caps for Scotland.

"I've had a great career and can't think of a better way to go out, competing in a second World Cup," said the former Hull KR hooker.

"I've been involved in about eight Scotland squads I think and this is the best I've seen."

Fisher, whose father was born and raised in Glasgow, played in the last World Cup in 2008 and was in the team that beat semi-finalists Fiji.

He has spent the last decade playing club rugby league in England and France.

Scotland are in Group C along with Italy and Tonga, but in the complicated World Cup format, they also play one game against a team from Group D, which includes Wales, United States and the Cook Islands.

Italy started their campaign with a 32-16 defeat of Wales.