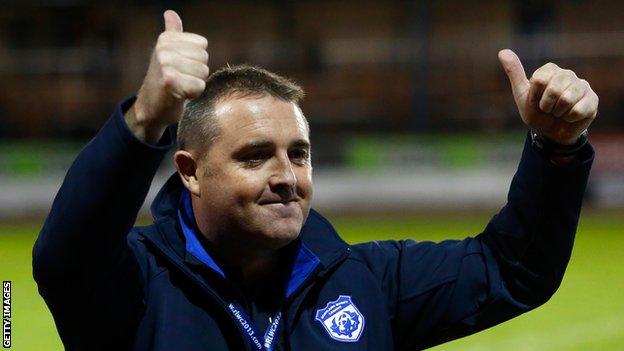 The Pacific Islanders were favourites to win the pool, but a late converted try from Matty Russell sealed a 26-24 win for the Scots.

McCormack believes the win is among the country's biggest ever in rugby league.

"It may have been a surprise to a lot of people outside the camp, but we expected to win," said McCormack.

"But within the camp we've got an outstanding bunch of players - a really good blend.

"The way they've practised over the last 10 days has been outstanding."

Tuesday's opener was a thrilling end-to-end match that Scotland looked to have under control at the break before their opponents stole the momentum with some blistering attacking rugby.

McCormack harked back to Scotland's 18-16 victory over Fiji five years ago when they claimed their first ever World Cup win, but feels the Tonga win even trumps that.

"I think it's certainly up there," said McCormack. "We got an outstanding win in the 2008 World Cup against Fiji, were of a similar stature.

"But I think the win against Tonga, the manner in which the players performed and some of the individual performances were fantastic.

Scotland face Italy next on Sunday, with only the winner in Pool C progressing to the quarter-final stage.

McCormack added: "It all goes not to the Italian game on Sunday. That could be an outstanding game.

"They've also started the tournament really well and it could be a big decider in who wins the pool."