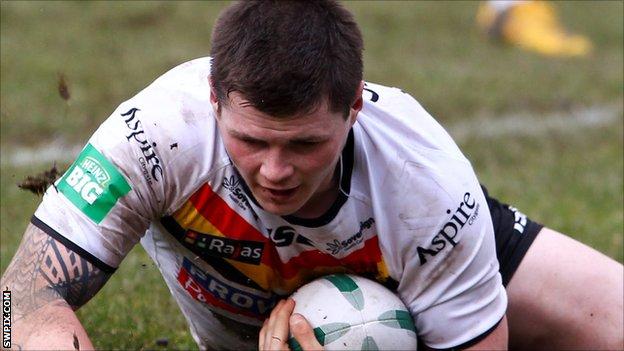 Bateman, 20, joins the champions and Challenge Cup holders for an undisclosed fee and adds to Shaun Wane's options in the pack.

The England academy international was limited to 12 league appearances in 2013 because of shoulder reconstruction surgery but scored four tries.

"He is a player that I rate very highly," Wane said.

"I also see lots of areas where he will improve. As he matures with us, he will be a good asset in our quest to continually challenge for honours."

After making his first-team debut at 17 for the Odsal club in 2011, Bateman made a big impression in his debut season in Super League, winning the Albert Goldthorpe Rookie of the Year award for 2011.

"I am grateful to Wigan for giving me the opportunity to play at such a successful club and I am looking forward to this new challenge in my career," Bateman said.

"I would like to thank everyone at Bradford for allowing me this opportunity and hope I can play my part in winning silverware with the Warriors."