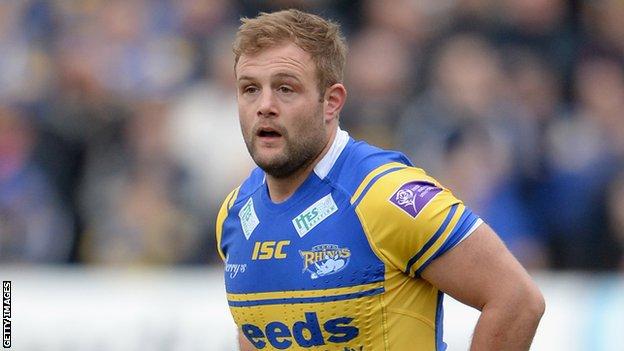 Leeds Rhinos have placed Paul McShane on the transfer list following a request from the hooker.

After joining Leeds in 2006, the 23-year-old progressed through the club's academy and made his debut at the start of the 2009 Super League campaign.

McShane, who has two years remaining on his deal at Headingley, featured 24 times for the Rhinos last season.

In total he made 63 appearances over five seasons and also had loan spells at Hull FC and Widnes Vikings.