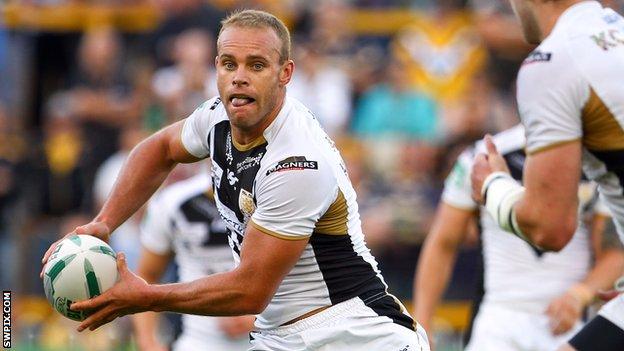 Hull FC have released half-back Daniel Holdsworth from his contract at the KC Stadium, allowing him to join Cronulla Sharks in his native Australia.

The 29-year-old, who at the start of the 2013 season, had a year remaining on his deal with the Super League club.

"It hasn't quite worked out for him at Hull FC," the club's football manager Motu Tony told their official website.

"A return to an Australian club is probably an environment better suited to him personally.

"Our focus remains on 2014 and building a competitive squad with players that are fully committed to the club, their team-mates and the fans.

"We have been aware that Daniel could be leaving the club this autumn and have planned accordingly. [New head coach] Lee Radford has a handful of potential targets for a half-back position and we hope to be able to announce a new signing in that area soon."

Holdsworth in Hull's semi-final win over Warrington but could not reproduce that form in the final as Peter Gentle's side were beaten 16-0 by the Warriors at a rain-soaked Wembley.

England winger Tom Briscoe has also left the KC Stadium in the off-season, in October.