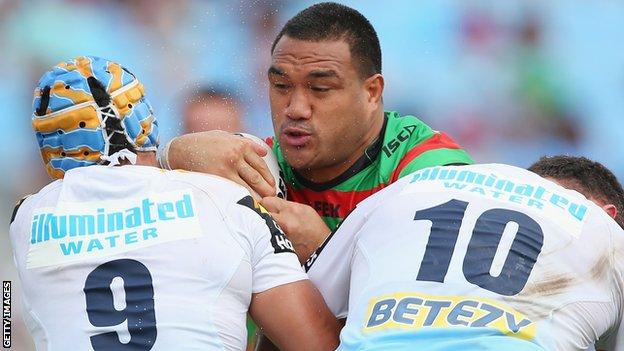 The 31-year-old will join the Dragons for the 2014 season from Australian NRL club South Sydney Rabbitohs.

"He is a consistent and aggressive prop and a real leader on and off the field.

"The negotiations were hard but I'm delighted to sign a such quality player. He will bring us a lot during the next three seasons," said head coach Laurent Frayssinous.

Lima played for Wests Tigers and Melbourne Storm in Australia, winning the NRL Grand Final with the latter in 2007 and 2009, before heading for England to join Wigan.

He made 61 Super League appearances for the Warriors and was a member of their 2011 Challenge Cup-winning team, scoring twice at Wembley in a 28-18 win over Leeds.

Lima has played international rugby for New Zealand and Samoa.