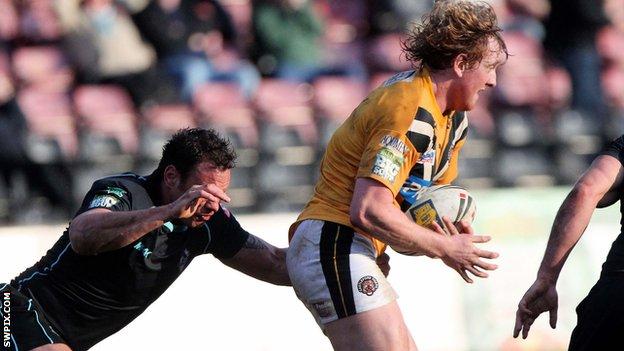 Mitchell, 25, was after scoring four tries in 37 Super League games.

Ainscough has played Super League rugby for Wigan, Castleford and Bradford and has an impressive record of 39 tries in 49 matches.

Ainscough, 23, after rejecting a new contract with Bradford on reduced terms.

The pair have spent the last season in Australian regional rugby league, Mitchell for Central Queensland Capras and Ainscough for South City Bulls.

Mitchell spent the final season of his four-year spell with Warrington but the Tigers opted against pursuing a permanent deal.

Ainscough, formerly with Wigan, Widnes and Castleford, however, opted to move down under rather than agree a new deal with the Bulls.