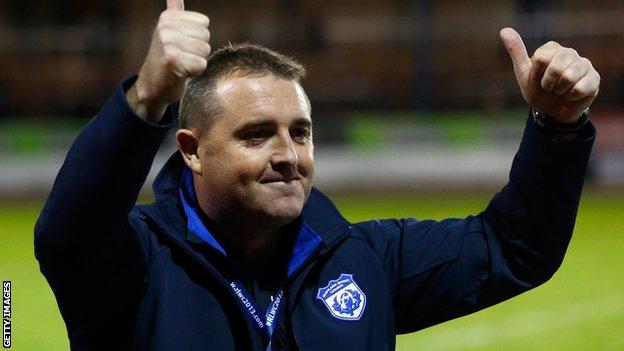 The Bravehearts qualified for the last eight for the first time by winning Group C and now meet the Kiwis in Leeds on Friday for a semi-final place.

"We have had a go at every single team and had a dig," said McCormack. "We will do the same against New Zealand.

"It is a great achievement to top our group - no-one gave us a chance."

McCormack said he has already been analysing the Kiwis, who won Group B with a 100% record, ahead of Friday's match at Headingley.

"Challenges don't come any bigger than playing the world champions."

Scotland beat Tonga and the USA, either side of a 30-30 draw against Italy, to finish Group C unbeaten with five points from their three matches.

But their place was only secured after Italy lost 16-0 to already-eliminated Tonga on Sunday. The Azzurri, who had a superior points difference going into the final game, would have qualified at Scotland's expense with victory over the Tongans in Halifax.

Scotland's squad of players and backroom staff watched the match together in their Manchester hotel.

"It was a bit surreal because there was so much tension in a game that we had no input in," said McCormack.

"To get into the quarter-final of the World Cup shows the hard work which has been put in over the last few years by everybody connected with rugby league in Scotland."