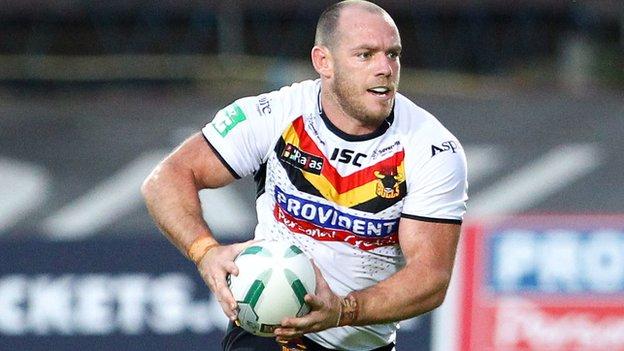 Bradford Bulls have agreed to release hooker Heath L'Estrange despite him having a year left on his contract.

He joined the Bulls from NRL side Manly before the 2010 season and made 91 appearances for the Odsal side.

"I have had an absolutely amazing time with the Bulls and I have played alongside some fantastic players," he said.

"I have made lifelong friends and I was honoured to be named captain before the 2012 season.

"But I am part of a very close-knit family and we wish to bring up our daughter in Australia, around those closest to us."