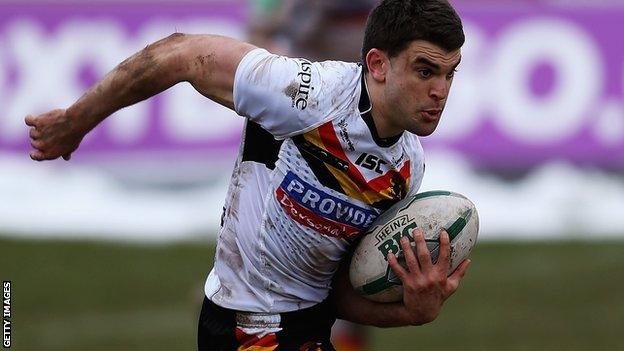 Bradford Bulls winger Elliot Kear has signed a contract extension, keeping him at the club until 2015.

Head coach Francis Cummins said Kear, who has impressed for Wales at the World Cup despite them not winning a game, has been rewarded for his form.

"Elliot has done fantastically well this year and is continuing to improve," said Cummins.

"We felt is was important to secure his services for another year, but the extended deal is really a reward for Elliot."

Meanwhile, Bulls chairman Ryan Whitcut has stepped aside after less than two months in the role.

Whitcut moved into the position when Omar Khan stepped down but has now been replaced by Mark Moore.

"I am stepping down from my role at the Bradford Bulls after conversations with the governing body of the Rugby Football League," he said.

"Although I am disappointed, I am confident that the new team I brought together will help the club move forward and take it back to where it belongs as an industry leader.