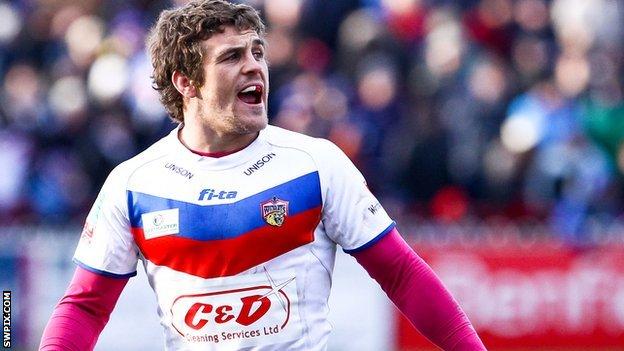 He is the second Wildcats player to move to Craven Park this month, after prop Justin Poore joined last week.

"It's been a long time coming and I can't wait to get started," he told BBC Radio Humberside.

"Wakefield were absolutely fantastic to me and it has been a special time for me because they took me when no-one else wanted me.

"I don't think I have a point to prove here but I do feel I have a debt to the club and to the fans."