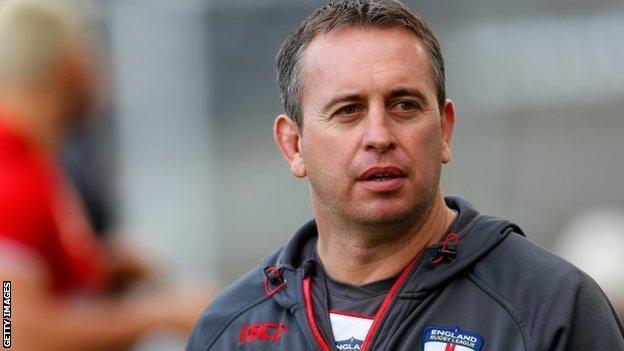 England coach Steve McNamara is taking nothing for granted when his side face France as favourites in Saturday's World Cup quarter-final in Wigan.

A 22-6 defeat against Samoa meant they face England for a place in the Wembley semi-finals, after finishing third in their group.

But McNamara said: "They have got a lot of spirit within their team, so they're dangerous opposition for us."

He added: "I think France are going to be a really tough team. They showed that and they stood up to Samoa.

"They were brave and pretty heroic at times under some real pressure."

McNamara said he has been impressed by an improved French side, which features several Catalan Dragons players, under new coach Richard Agar, the Wakefield and former Hull FC boss.

"I think the majority of our Super League players have had extremely tough games against Catalan," he said.

"If you're not physical against them and you're not on your game, then you'll get beat and it's exactly the same against the French team.

"I think Richard has got them organised pretty well and structurally they look really good.

"Structurally - offensively and defensively - they look in good nick."

McNamara used all 23 members of his squad in the three group games and has not ruled out making further changes to the side that beat Fiji 34-12.

The only injury doubt is hooker Rob Burrow, who was badly concussed towards the end of the game against Fiji. He will undergo mandatory head tests ahead of Saturday's game.