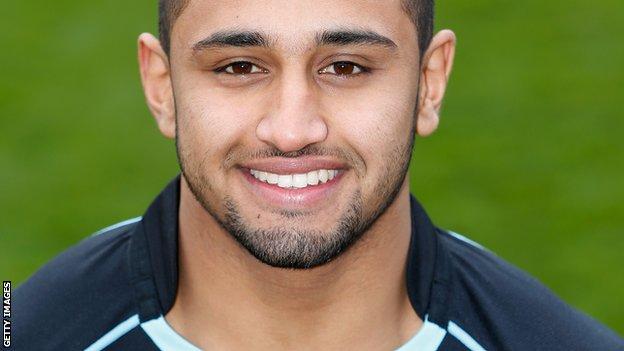 The 20-year-old came through the club's academy and made eight appearances last season, while also featuring for Hemel Stags on dual-registration terms.

"It is time now for me to move on to a new challenge," he posted on Twitter.

"Would like to thank everyone that has been involved with the London Broncos over the last seven years for all their help and support."

He added: "Met the best people in my life there and will never forget them. Thanks for the memories."

The Broncos have not secured a venue for their home games next season, although last week Barnet FC chairman Tony Kleanthous confirmed to BBC London 94.9 that they had held talks about a possible groundshare at The Hive.

The club have not signed any new players for 2014 and Bishay's exit is the latest in an exodus of players and backroom staff.

Club captain Tony Clubb, experienced utility back Luke Dorn and head of youth performance Phil Jones are among those to have left the club.

The Broncos have been included in the recently-issued Super League fixture list, but they have been replaced by a Wigan XIII in the annual Capital Challenge match against London Skolars, which serves as a traditional match in their pre-season preparations.