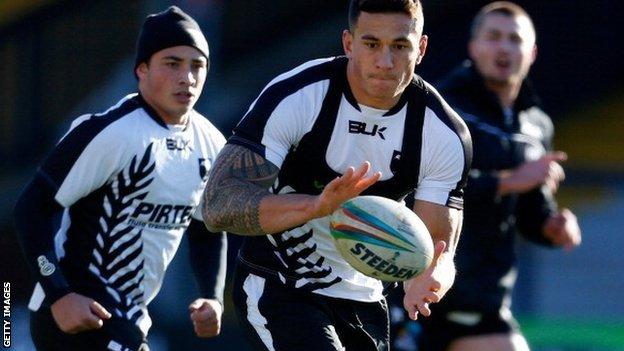 New Zealand's Sonny Bill Williams has been named player of the year by the Rugby League International Federation.

Team of the year

The 28-year-old forward, the first Kiwi to win the award, beat Australia's Greg Inglis and Scotland's Danny Brough to the title.

Williams only returned to the sport at the turn of the year after a five-year spell in rugby union and boxing.

He has been a key member of the Kiwi side which will attempt to defend their World Cup title on Saturday.

Williams, Inglis and Brough were all named in the 2013 international team of the year, a side selected on performances at club and international level between October 2012 and November 2013.