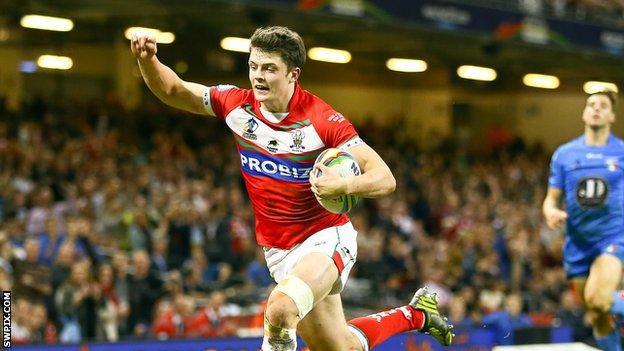 The 20-year-old, who can play at centre or in the second row, impressed for Wales at the 2013 World Cup, scoring a try in their opening match with Italy.

Lloyd has appeared five times for Wigan and had a spell on loan with struggling London Broncos last term.

"We think he fits in well with what we are trying to achieve here at Widnes," said Vikings assistant Mick Cassidy.

Wigan coach Shaun Wane added: "Rhodri needs to play against quality opposition every week in order for his career to kick on and we know he will benefit hugely from a full season with Widnes."