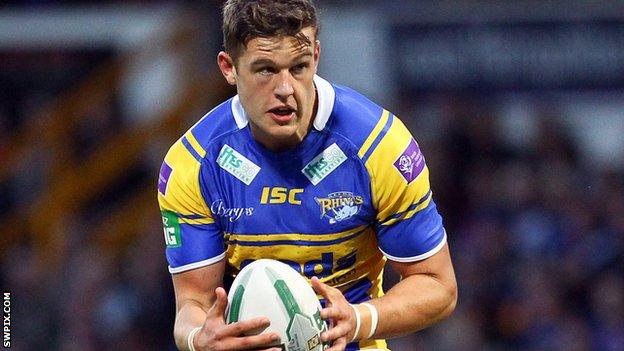 All three players made their debuts for the Rhinos last season and signed long-term contracts with the club.

"We had identified them and been asking for a few months," Broncos head coach Tony Rea said.

Second row Foster, 20, made a total of eight Super League appearances last season, while winger Duckworth and outside back Minns, both 19, featured twice in Super League for the Rhinos.

"Last season they showed their potential with Alex Foster in particular becoming a regular in our side on merit," Rhinos head coach Brian McDermott said.

"They have trained well in pre-season with us and the move to London is a chance for them to be regularly involved in a first-team environment."

The trio's arrival at The Hive takes the size of the London Broncos squad up to 16 players, after the club signed Hull KR back-row forward George Griffin and announced they had retained 12 players on Monday.