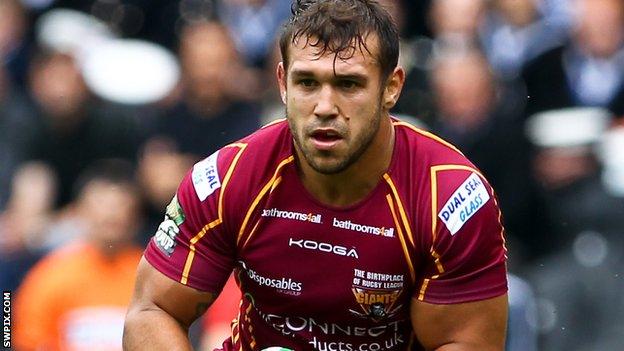 The 25-year-old former England international played for St Helens, Widnes and Huddersfield before moving to Australia on a two-year deal at the end of the 2012 season.

"We're looking to use him as a starting hooker," Broncos coach Tony Rea said.

"He's gone out and grabbed some experience in the NRL so we're looking to utilise that."

Moore became the youngest player to appear in Super League when he made his debut for St Helens at the age of 16 years and 213 days in a 27-18 defeat by Wigan in 2004.

He continued: "I think he's played his best football when he's been able to sit on a position rather than be juggled around.

"I think Scott needs a good season, so it's a win-win scenario."

Moore began his career with St Helens and became the youngest player to appear in Super League when he made his debut in 2004 at the age of 16.

He played 73 times for Saints, scoring 10 tries, and had loan spells at Castleford in 2008 and Huddersfield in 2009, the latter year in which he also made his first appearance for England.

He moved to Widnes on a three-year deal ahead of the 2012 season, but left the Vikings to join Huddersfield in April 2012.

Moore made six appearances for North Queensland Cowboys during his one-year spell in the National Rugby League.