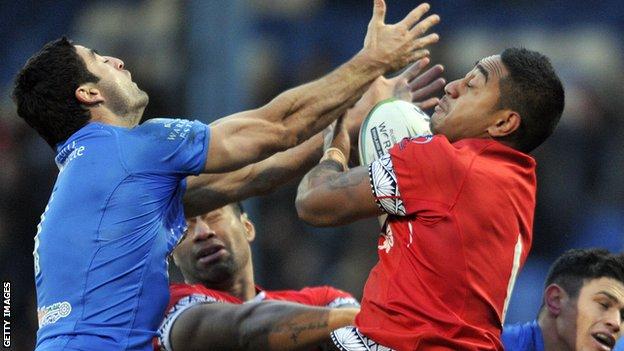 The New Zealand-born player has been playing for the Sharks' Under-20 side.

Mataitonga, 20, made his debut for Tonga at the Rugby League World Cup.

"He had a potentially good career still in front of him in the NRL but he thought that the best way to school himself was to come here," Broncos head coach Tony Rea said.

Mataitonga featured for Tonga in their 16-0 win over Italy in the group stages of last year's tournament.

"He proved himself on the world stage and was outstanding in a tough, important game," Rea added.

"The Tongans showed their confidence in playing him and he played particularly well, winning all his effort areas and did the team things you need from a full-back.